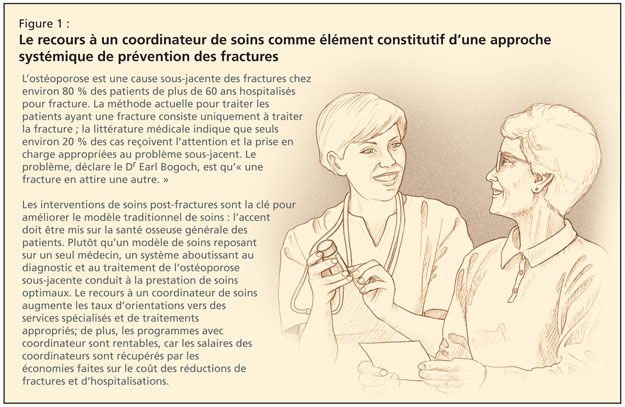 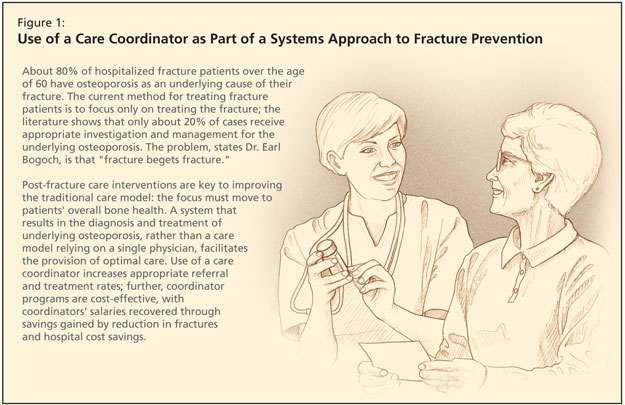 Continuing the Effort to Improve Outcomes||in Osteoporosis among Aging Adults

Continuing the Effort to Improve Outcomes||in Osteoporosis among Aging Adults

Since our last issue focusing on osteoporosis, much has changed and yet much stays the same. We have new Canadian guidelines on the detection and management of osteoporosis, several new treatment modalities, and a better understanding of osteoporosis in men. However, many people with osteoporotic fractures are not identified and managed, many people do not stay on effective treatment, and falls prevention programs are rarely available for appropriate older adults. In other words, we have a long way to go before we can say we are dramatically ameliorating the morbidity that osteoporosis causes. Hopefully, this edition of Geriatrics & Aging will do its part to promote the effective diagnosis and management of this important disorder.

Two articles tackle the important issue of diagnosing osteoporosis and determining who is at particular risk for complications. Dr. Angela Juby and Dr. David Hanley review “Diagnostic Tools for Osteoporosis in Older Adults” while Dr. Aliya Khan and Mohammed Rahman discuss one of the key issues in their article “Osteoporosis Screening and Assessment of Fracture Risk.” In our CME article, Dr. Savannah Cardew reviews “New Pharmacotherapy for Osteoporosis.” Our final focus article concentrates on a group at high risk of having osteoporosis and not being treated. Cathy Kessenich and Darlene Higgs review “Osteoporosis Fracture Prevention in Long Term Care.”

We also have our usual collection of key geriatric topics. My colleague, Dr. M. Bachir Tazkarji reviews the important area of “Blood Pressure and Cardiovascular Risk among Older Adults.” Dr. Ekaterina Rogaeva reviews an area of intense research scrutiny in her article on “The Genetic Profile of Alzheimer’s Disease: Updates and Considerations.” Dr. Sophie Robichaud and Dr. Joseph Blondeau address a common problem in their article “Urinary Tract Infections in Older Adults: Current Issues.” Educating students, residents, and even ourselves in proper medical care of the older adult has been a tremendous challenge so any improvements offered via technology are much appreciated. In their article, Drs. Anita Bagri, Bernard Roos, and Jorge Ruiz discuss “Simulation Technology in Geriatric Education.” And our Sexual Health column, written by Drs. Irwin Kuzmarov and Jerald Bain of our partner organization the Canadian Society for the Study of the Aging Male, looks at the important matter of "Sexuality and the Aging Couple, Part I: The Aging Woman."

Nonpharmacologic Prevention and Management of Osteoporosis

Nonpharmacologic Prevention and Management of Osteoporosis

Osteoporosis is a chronic, debilitating disease that is most distressing to patients and health care providers in the occurrence of fractures of the hip and spine. The lasting effects of vertebral and hip fractures can cause pain, deformity, and emotional distress. Various nonpharmacological modalities may be used adjunctively with prescribed agents to improve the quality of life of patients with fractures due to osteoporosis. Research evidence and clinical experience have determined that nutritional support, exercise and rehabilitation, pain management, orthopedic surgeries, fall prevention, alternative therapies, education, and social support may assist patients in coping with the pervasive effects of osteoporotic fractures. Clinicians need to be informed and encouraged about the use of nonpharmacological measures to assist patients at risk for experiencing the culminating event of this devastating disease.
Key words: osteoporosis, osteoporotic fracture, osteoporosis management.