Why Families Should Consider Forgoing CPR 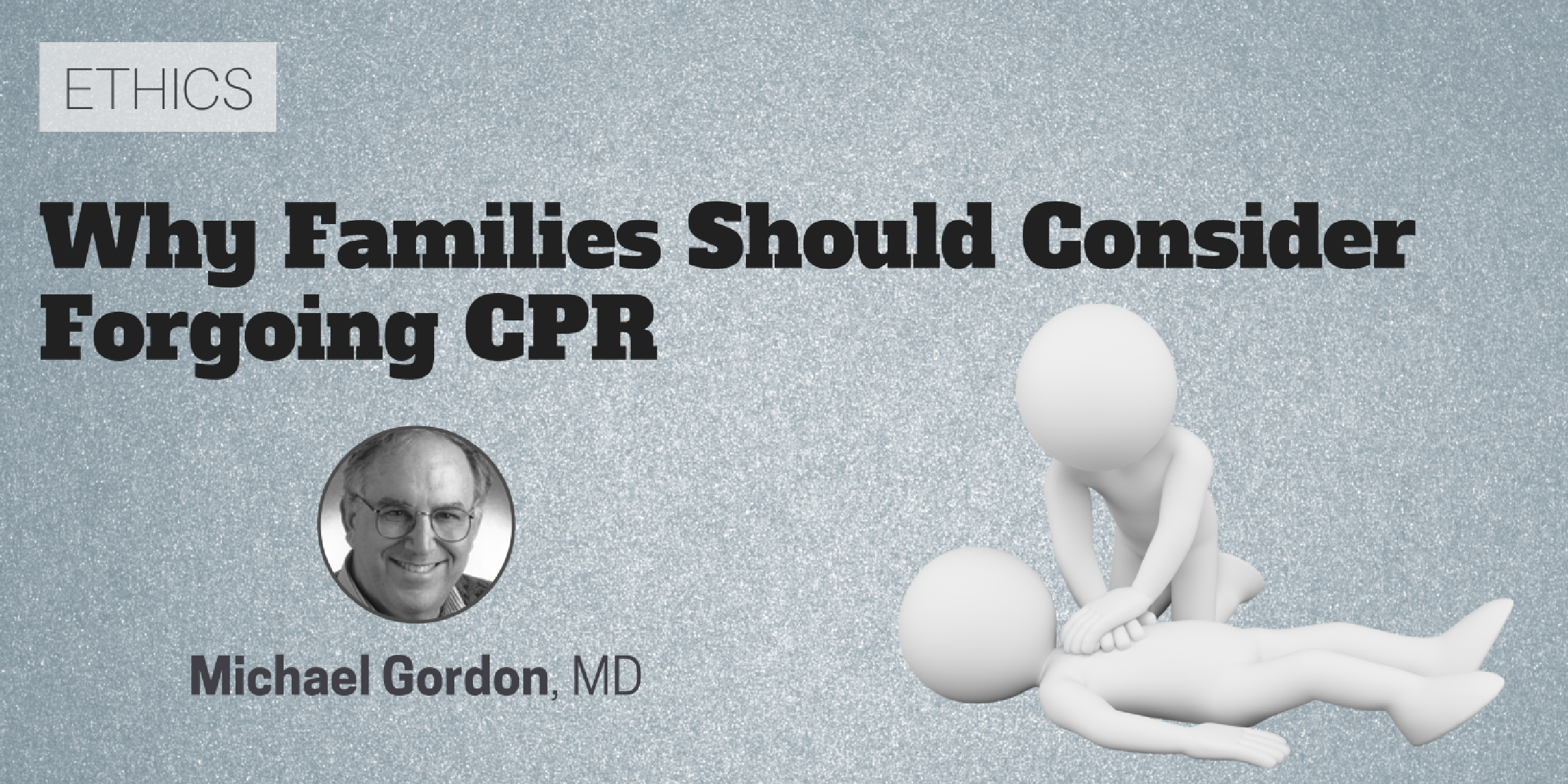 It happens a few times a month: I get a request for a meeting with a family struggling whether or not to provide a do not resuscitate (DNR) order for a frail and aged family member. Often the patient has dementia, and, therefore, the decision falls to the formal substitute decision maker (SDM), in keeping with the Health Care Consent Act in Ontario (and comparable legislation elsewhere). It's an enormous burden for many families, and the decision to comply with the request for a DNR order is often fraught with great emotional pain and reluctance.

As a health care provider and ethicist involved in conversations with families, I often hear the refrain, "I just can't bear the thought that I am responsible for my father's death. He was such a fighter. He survived the Holocaust and now this, giving up like this. I just can't bring myself to do it." There may be more than one child, and sometimes they share responsibility of being the SDM, which means both parties (or more) must agree, which could lead to family conflict and strife.

The ultimate question for families is what does CPR actually offer to their loved ones, and does withholding such intervention through a DNR order make the children (assuming they provide the order) complicit in the death of their loved ones, which is a heavy burden to carry.

Many may not realize that the development of CPR in the 1960s was meant for a very select group of cardiac arrest victims who were otherwise usually well and whose hearts suddenly stopped, but had the wherewithal and cardiac reserve to withstand CPR, which, if successful, returns an otherwise relatively healthy heart to its intended pumping function.

Over time, the criteria for implementing CPR expanded to less-well individuals, with some occasional successes. But studies of various populations found that frail elderly individuals—those who fulfilled in most jurisdictions the criteria for residence in nursing homes—did not have the heart or bodily reserve to withstand the rigours of CPR. Rather than having a "cardiac arrest"—the sudden, unexpected cessation of heartbeat in an otherwise medically intact person—what occurred was in fact death, rather than an "arrest."
What does this mean for frail elders in nursing homes, since immortality is not part of the medical repertoire? One is going to die from a combination of age and all the physical and neurological conditions that afflict those who live long enough, which often include dementia. It's not that dementia itself is the barrier to successful resuscitation. It's that dementia in the frail elderly is usually a marker for a collection of problems that make it most unlikely for someone at the end of life to survive and recover from what is in many ways a trying and almost assaultive intervention whose outcomes are in most cases very bleak.

The other concern about all the attention given to CPR and the emotional turmoil about deciding on a DNR order is the elimination of the very human activities that might otherwise occur when death without CPR is expected and anticipated. The intrusion of CPR is often accompanied by the transfer from a nursing home to a general hospital. This disrupts the potentially peaceful passing of a loved one, which is sometimes associated with prayers and other rituals, depending on cultural or religious practice. Holding hands and personal expressions of love are replaced by the often traumatic intervention of strangers and technologies that distract from the humanity of what in most cases will be the death of the person in any event. CPR creates a medically focused event that sacrifices what may be the last chance for a family's expression of humanity and love.

This article was originally published in the December 22, 2016 issue of the CJN.