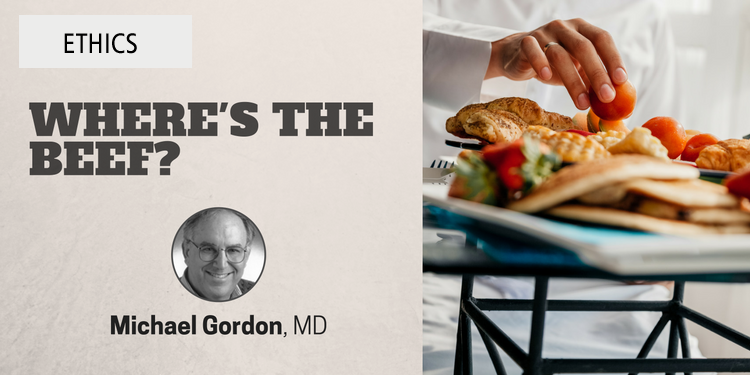 I was sitting in a coffee shop next to table with 5 older women. I could hear one of them say to the group, "I am cutting bacon out of my diet—but I do love it once in a while". "Why are you doing that, one of the woman replied?" "I just read that bacon and salami and hamburgers can cause cancer—didn't you see the paper yesterday—it was also on the news last night—it is almost as bad as smoking cigarettes—who would know—I hope it isn't too late as I have bacon at least once a week on the weekends when we go out for breakfast."

It always amazes me how when something is reported in the media, the response ranges from hyperbolic concern by reporters and the public to complete lack of concern by others. It can be very hard for the public, and at times the medical profession to decipher the real implications of the many reports that focus on public health threats from the world around us. I have watched as items such as eggs, coffee, various fats and oils, alcohol, different types of exercise and where we live and what we breathe become the focus of notices to the public to either "beware," "take heed," "change practice" or "just stop what you are doing".

Some public health warnings are real and immediate and often due to the finding or some food item that is being eaten or prepared in "real time" that poses an immediate threat to consumers. A recent example is the warning and resultant steps taken by the restaurant chain Chipotle where at the time of writing, "More than 40 people have fallen ill with E. coli food poisoning after eating at Chipotle Mexican Grill restaurants in six different states…the outbreak expanded with new Chipotle-linked E. coli cases reported in California, Ohio, New York and Minnesota, the U.S. Centers for Disease Control and Prevention said."

This type of warning is reminiscent of those that are propagated by public health agencies during BBQ season reminding consumers to BBQ their chicken and hamburgers particularly well because of risks of E-Coli outbreaks—a ubiquitous bacteria that can be destroyed by proper cooking but may linger in undercooked or rapidly cooked meet where the necessary bacterial-killing inside temperature is not reached. In 1993 there was a serious outbreak in the Jack in the Box chain of fast-food outlets in the United States that resulted in hundreds of illnesses some of which resulted in chronic and serious illnesses—it had a profound impact on new standards for food preparation in the fast-food industry.

These warnings are different from public health warnings about eating habits—having watched the potential harmful effects of coffee come and go over the years, I was forever grateful that the final estimation of this almost universally consumed drink, is that it probably has more beneficial effects on health parameters than negative ones—for me coffeeophile a public health blessing: yet the European Union recently recommended against drinking more than four cups of coffee a day based on caffeine consumption. In contrast is the recent report that," Hold on tight to that cup of Joe—because it could save your life. New research out of the Harvard School of Public Health says lifelong coffee lovers could be at less risk of dying from type two diabetes, suicide, cardiovascular and neurological diseases. "We found people who drank three to five cups of coffee per day had about a 15 percent lower [risk of premature] mortality compared to people who didn't drink coffee," one of the authors of the study, Walter Willett, told NPR.

So what about the bacon, hot dogs, corned beef and pastrami? What about the BBQ steaks and hamburgers? Does everyone who is not an life-long vegetarian or subscribe to the Mediterranean diet run the risk of sudden death from a BLT or hot dog at their favorite ball game? That a recent study in the US reveals that 57% of American Jews eat pork in one form or another (http://www.pewforum.org/files/2015/11/201.11.03_RLS_II_full_report.pdf)—should not necessarily be interpreted as a sure sign of anti-religious drift or impending doom, but rather the way surrounding cultures and practices influence people of all ethnic and religious backgrounds.

The final message should be: Most things can be eaten in a moderate and balanced fashion, unless there are specific health-related concerns for an individual—more important than how much bacon, meat and pastrami one eats, is that the portions are in keeping with one's individual nutritional needs, that they are balanced with other non-meat foods, including vegetables and fruits and that they are prepared and cooked well Food is one of the most enjoyable aspects of life—we should not make ourselves obsessively concerned every time a new "warning" comes out about the dangers of life and what we eat—hang in there—likely the recommendation will change over time—take it all in stride- with a dollop of mustard.

This article was originally published online at http://www.cjnews.com/perspectives/ideas/wheres-the-beef