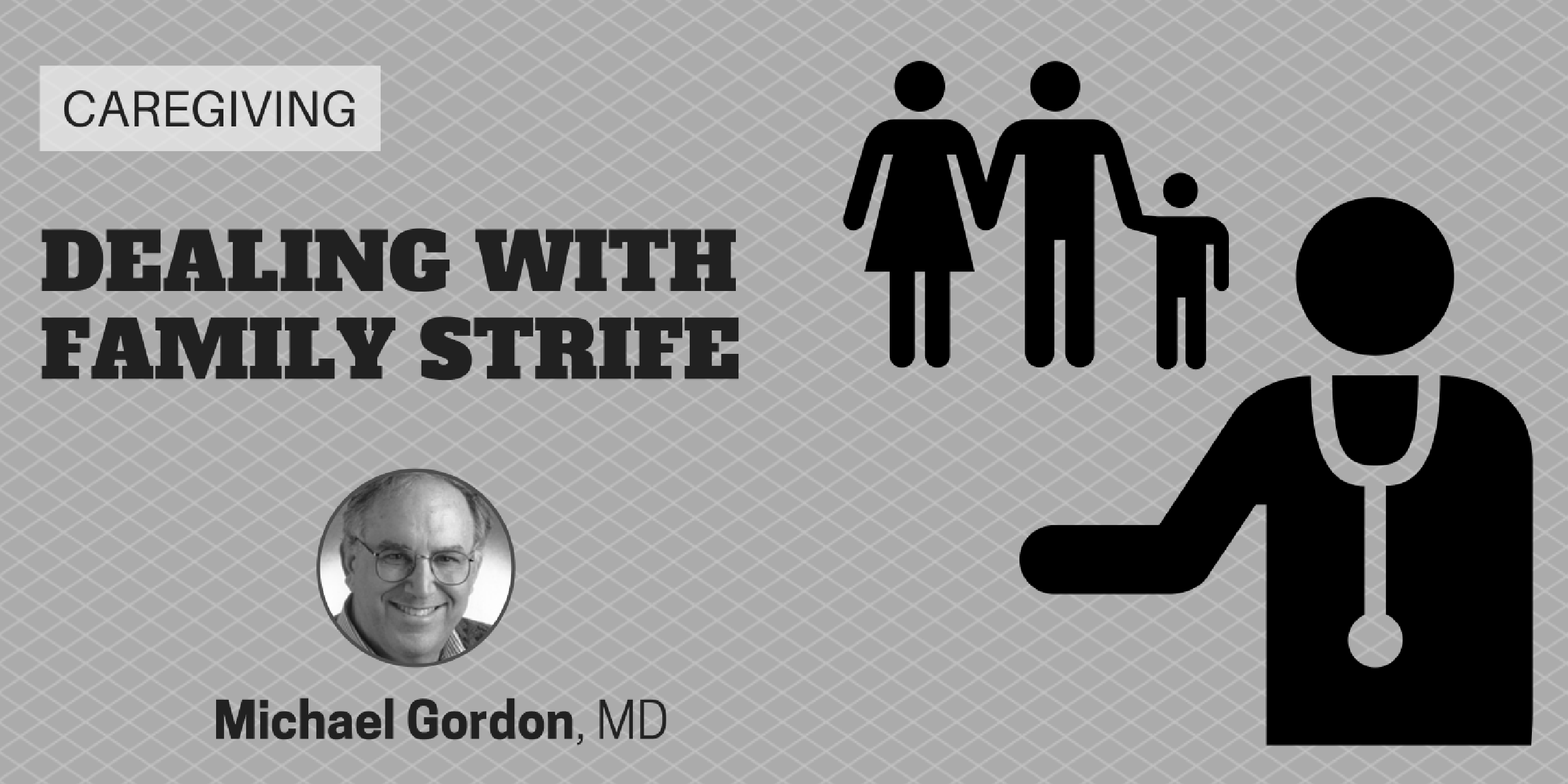 One always hopes that as medical practitioners, we will be able to focus our attention on the medical issues faced by seniors and help families cope with the fears, disappointments and tragedies that are faced by loved ones in the midst of what are often life-altering illnesses.

Throughout our initial medical training, and most often during post-graduate training programs, the primary focus in general is: what is the "best of medicine" and what does "evidence-based medicine" tell us about treatment decisions and their ultimate impact on health, well-being and, often, the likelihood of death? This is particularly the case in the care of the older adult—whether in geriatric medicine or eldercare.

What is often surprising and baffling, especially to younger physicians, is the situation where the core of what appears to be the challenge in care provision is negatively tinged by what might be called family "strife." At times, however, a more appropriate term would be venomous, hateful actions—actions that ultimately will be destructive to the family fabric.

This should not be surprising to anyone who has even a modest understanding and familiarity with the world of literature—whether limited to English works, or more broadly including European or other literature.

Those medical trainees who have worked with me have in all likelihood heard me either seriously or humorously say, "If I were king, all first degrees would be in English literature." Or when there is a complex family dynamic playing out, I might say, "It's King Lear—if you have not read it ever or lately, read it or read it again—it's all there."
Sometimes I feel like that great American comic Jimmy Durante, who was quoted as saying, "I have a million of them, a million of them," referring to his often delectable jokes. According to an online biographical history, it has been said that "I've got a million of 'em" is what Durante (1893-1980) often said after telling a corny joke. Durante was credited with "I've got a million of 'em" in a 1929 newspaper story.

I say this when referring to complex family situations in which what appears to be the worst in human interactions seems to be playing out. Often the issue is related to money (or property), and if one is in a position to hear the story from all the parties, it often becomes clear that, for whatever reason, the pot has come to a boil at this juncture of life. This is usually because the flame heating the water that's not boiling has been on for what appears to have been many years.

Most of us know of such stories, hopefully not in our own families, but it is unlikely that there is a family who is not familiar with a "Lear-like" scenario in someone close to them. Greed, jealousy, hurtful memories, mean-spirited personalities, events that occurred—sometimes decades earlier—that were never resolved or left indelible scars are often the reasons cited for the enmity.

I have had the good fortune to observe that, on some occasions, especially when a parent, in particular, is dying, though it could be another relative, there is the possibility of repairing longheld animosities and bringing long-estranged family members back together. It does not always succeed, but I have witnessed the monumental efforts of health-care staff—especially those in social work, nursing and medicine, although any and all of the health-care staff can be key—in bridging the emotional moat that often separates family members.

It may not always work, but I believe it is always worth the effort. Living with the result of lifelong family strife is often disabling, and the scars that occur and that are left can have long-lasting negative effects on people's lives and their own abilities to have meaningful and binding relationships with their siblings and offspring.

This article was originally published online at http://www.cjnews.com/perspectives/opinions/dealing-family-strife