When Enough is Enough: Musings on the End of Work and Life - Page 2

acute problem and worsen the chronic ones; emergency department visits that yield diagnoses, but require weeks of recovery from the waiting and testing; surgeries that are themselves minor, but provoke major confusion, complications, and hated nursing home stays.” She finished her essay with the story of a very elderly man with many illnesses who refused hospitalizations recommended by her. As she says in her final sentence, “He wanted to live — just not in the hospital, with poisons in his blood. He was sick and tired of feeling sick and tired. Like so many, his was a reasoned and reasonable stance.” 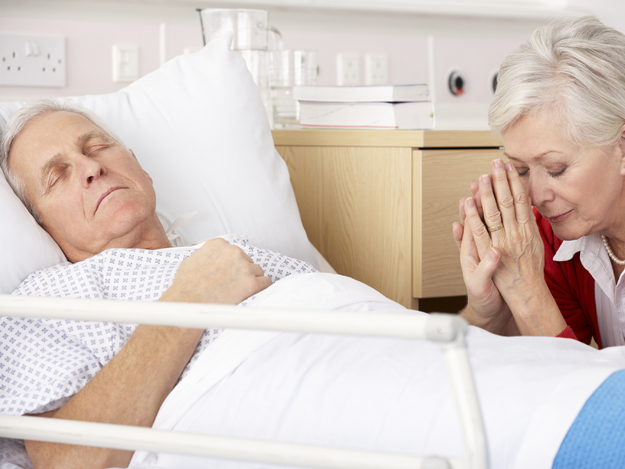 Reading her essay reminded me of one of the latter poems of Dylan Thomas (1914-1953) published in 1951: “Do not go gentle into that good night, Old age should burn and rave at close of day; Rage, rage against the dying of the light. Though wise men at their end know dark is right; Because their words had forked no lightning they Do not go gentle into that good night”. In the poem, the message is about fighting against the end of life while acknowledging the difficulty entailed and the struggles associated with the coming of life’s termination.

Of interest was at the time of The New York Times article about the dying of a dog, Pope Benedict XV1 shocked the world by his decision to step down as Pope, the first time in 600 years that such an event has occurred. The move raised a wide range of questions and speculation about the reasons and whether it would have been better to stay until his death, “fighting against his age-related (he is eighty-five years old) physical and emotional decline. As reported in a Time Magazine article on his decision, he wrote in his letter of resignation, 'After having repeatedly examined my conscience before God, I have come to the certainty that my strengths, due to an advanced age, are no longer suited to an adequate exercise of the Petrine (Papal) ministry ... this ministry, due to its essential spiritual nature, must be carried out not only with words and deeds, but no less with prayer and suffering. However, in today’s world ... both strength of mind and body are necessary, strength which in the last few months has deteriorated in me to the extent that I have had to recognize my incapacity to adequately fulfill the ministry entrusted to me.'”

There is a contrast to the final years and months of the previous Pope Jean Paul 11, who prior to his death, according to a report in the American Catholic website, spoke with increasing frequency about his age, his failing health, and death. The Vatican never formally acknowledged that the Pope suffered from Parkinson’s disease until after his death, although the tremor in the Pope's hand became unmistakable in the early 1990s, and media references to Parkinson's disease circulated for a decade before the Pope's death. In 1996, papal spokesman Joaquin Navarro-Valls was given a formal reprimand by the Secretariat of State for making a public comment about the possibility that the Pope was suffering from an "extrapyramidal syndrome"— an indirect reference to Parkinson's disease. Unlike Benedict XVI, he was determined to stay at the helm of the church, but also said he was prepared to be called to the next life. "It is wonderful to be able to give oneself to the very end for the sake of the kingdom of God. At the same time, I find great peace in thinking of the time when the Lord will call me: from life to life," he said in a 1999 letter written to the world's elderly. One could argue if staying at the Church’s helm in a state of failing health does more of a service to the Church than to resign as Benedict has done.

The last relevant media story reflecting when “enough is enough” is the suicide note, reported in a Globe and Mail newspaper letter to the editor published on Feb 8, 2013. In it, Ruth Goodman of Vancouver, writes, “I am a 91-year-old woman who has decided to end my life in the very near future. I do not have a terminal illness; I am simply old, tired and becoming dependent, after a wonderful life of independence. People are allowed to choose the right time to terminate their animals’ lives and to be with them and provide assistance and comfort, right to the end. Surely, the least we can do is allow people the same right to choose how and when to end their lives … I am writing this letter to advocate for a change in the law so that all will be able to make this choice.”

Of interest in terms of the wording chosen to describe the Pope’s decision to resign, Cardinal Timothy M. Dolan, the archbishop of New York, said, “By stepping down, the pontiff was saying, ‘my death is here; I feel weak, I feel fragile, I am frail.’” These words seem to echo those of Ruth Goodman. One can almost project that for a Pope to resign, something that has not been done for centuries, that might be in many ways akin to voluntarily leaving this world or at least what in essence is his world.

There were many letters to the editor following the printing of Ruth’s letter, some missing the point and referring to the “value” of the elderly rather than the issue which was Ruth’s concern, the personal decision to determine in one’s own world and life and when for each individual, “enough is enough”.

Acknowledgement
This article was first published on www.bestthinking.com

2. Thomas D. Do not go gentle into that good night. Poetry.org. http://www.poets.org/viewmedia.php/prmMID/15377