Thoughts on the WHO's Dementia Report 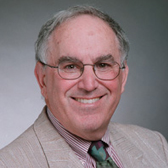 It is a positive step for all of us trying to care for those living with dementia and their families to learn that the World Health Organization (WHO) has produced a far-reaching report outlining the world-wide challenge faced by nations whose populations will be affected by increasing numbers of those afflicted with Alzheimer's disease and other causes of dementia. The report entitled, "Dementia: A Public Health Priority",  gives a world-wide perspective and reiterates the already known Canadian statistics which estimates about half a million people living with some sort of dementia in 2010 with an estimated increase to 1.1 million by 2025 if nothing dramatic happens in terms of preventative treatments over the coming years.

One of the comments that caught the eye of the media about Canada's approach is that unlike Australia, Denmark, France, Japan, Korea, the Netherlands, Norway and the United Kingdom which all have some sort of a national strategy for dementia, Canada does not.  This apparent lack by the Canadian federal government became a focus for criticism by many Canadian organizations including the Alzheimer Society of Canada which used the term, "a wake up call" to the federal government to take action. 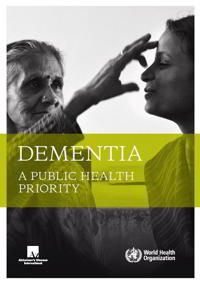 The problem in Canada with expecting the federal government to embark on a national strategy is that unlike the nations cited as having national strategies which in fact have national health services, Canada does not really have a national health service. Rather it has a nationally mandated framework for provincially run-health care systems under the umbrella legislation known as the Canada Health Act, often referred to as Canadian Medicare. In essence what Canada has are provincial health care systems, all of which share commonalities, but which differ enormously in the spectrum of services provided beyond the federally mandated (through the Canada Health Act) physician and hospital services. Therefore each province has its own approach to home care, long-term care, pharmacare, and family support systems for those experiencing a wide range of ailments of which dementia is just one of many that can have a devastating effect on individuals and their families.

This means that for there to be a meaningful and robust approach to the challenges of dementia from original and basic research to the clinical domains of care through the spectrum of stages and venues where care will be provided to the very late stages of dementia where palliative and end-of-life considerations become paramount, it will likely be at the individual provincial level. This will take place with local organizations including universities and their affiliated research centres and individual health care settings from acute to long-term care that will ultimately define, explore and experiment with the range of interventions that might be useful in either thwarting the disease or providing appropriate care and support to patients and their families.

The federal government can be of great assistance whether through a formal national 'strategy' or through extensions of already existing mechanisms by promoting and encouraging (which usually means funding) research across many domains of dementia scientific enquiry, from the basic science aspects, to pharmaceutical research to health care systems and delivery studies. It can also find ways to support the range of care provision aspects at the individual and organizational approaches again through funding, grants, tax incentives, and other levels that work at the federal level that augment, but do not conflict with the provincial mandates of providing care in the local jurisdictional level.

That dementia is a "ticking time bomb" is clear from the current statistics and the projections should nothing dramatic occur. But that can change with a combination of concerted effort, use of best brains and technologies and a modicum of good fortune in the world of research endeavors which often comes up with solutions either from expected or unexpected sources.

Canada and each of the provinces cannot ignore the implications of the WHO report and the impact that the factors outlined in the report will have on the populations living in the country. All ways possible must be found to support each of the provinces as they try to cope with the local challenges of their populations affected by the "ticking time bomb" through their own provincial initiatives along with close scrutiny of the world-wide evidence on novel approaches along with cooperation across all the provinces and the sectors within the country. Canadians deserve no less from their federal and provincial governments.


About Health Plexus:
Comprised of 1000s of clinical reviews, CMEs, bio-medical illustrations and animations and other resources, all organized in the 34 condition zones, our vision is to provide physicians and allied healthcare professionals with access to credible, timely and multi-disciplinary continuing medical education from anywhere and on any media consumption device. The Dementia Educational Resource is the compilation of high quality clinical reviews, online CME programs, library of original visual aids, interviews, roundtable discussions and related conference reports.